With All That I Am

Declan ‘The Bull’ Rinaldo was the former heavyweight boxer who had numerous world titles under his belt, about one-half Filipino, one-fourth Irish, and one-fourth Italian with ties to New York mafia, and not too long ago, a convicted murderer. Yes, he was definitely every good father’s worst nightmare and the man mothers warned their daughters to stay away from.

And Vera was walking straight to him. She had to, for the benefit of the most precious thing in her life.

She had to do this. Hindi na siya maaaring umatras ngayon. “Declan, you have a daughter. I have her.”

“You’re not f*cking me with this.”

The ravaged hoarseness of his voice made her back stiffen. He stood there under the bright harsh light in the center of the room. He looked like he’d just been hit by a truck.

She felt something in her chest squeeze. “No, I’m not f*cking you with this, Declan. Anaya’s your daughter, and she’s asking for her daddy.”

His eyes darkened into deep amber, but he did not reply.

1 review for With All That I Am 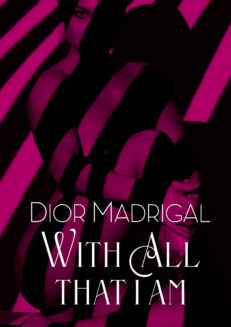